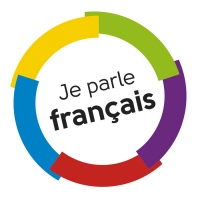 The Month of Francophonie in Armenia

Institutional Support to the Communities Association of Armenia

The Project objective is to enhance the organisational capacities of the Communities Association of Armenia (CAA) to become an active stakeholder of the governance system in Armenia through optimisation of its resources and capabilities. By way of a series of interventions, technical assistance and expert support, the CAA is expected to be able to improve its internal governance, provide better services to its members, mobilise them so they can intervene with a unified voice in the national policy dialogue on decentralization and be consulted by national authorities in line with Recommendation 351 (2014) on the state of local democracy in Armenia, adopted by the Congress of Local and Regional Authorities of the CoE in March 2014.

Since 2015, the Communities Association of Armenia has been working closely with Energy Cities organization and with other partners in the EU Eastern Partnership porgramme. The "Covenant of Mayors East 2" project was a result of this cooperation. Its implementation started on May 1, 2016. The total duration of the program is 48 months or 4 years, and the total budget is about 4,200,000 Euros. The program is implemented in all six Eastern Partnership states, in proportion to the size of Community-based Associations. The project should provide assistance to communities in Armenia in the process of joining the Covenant, to develop community resource managers capacities, regularly organize donor coordination meetings and to coordinate resources for the implementation of communities' "Sustainable energy strategic plans". Project envisions educational visits, small grants, and more. 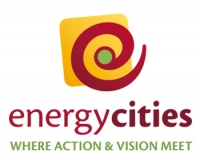 The Armenian Alliance of Energy Efficient Communities was created on February 26, 2016 by the decision of the National Assembly of the Republic of Armenia, taking into account the effects of climate change and energy efficiency issues in local communities of Armenia.  Members o Aliiance are leaders of constituent communities and those who showed interest in energy efficiency and energy saving reforms. The president of this alliance is the mayor of Yerevan

On June 17, 2016, the Communities Association of Armenia held first Energy Efficient Communities Conference which  highlighted the importance of active involvement of local self-governance bodies in promoting response to global climate change and advance energy efficiency issues, green growth, sustainable development and the improvement of the quality of life of the community. The main purpose of the forum was to bring together organizations  intermediaries and stakeholders working on energy-efficiency to discuss climate change, existing challenges and opportunities. 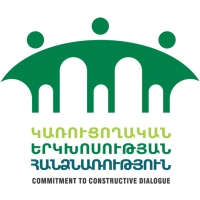 Since December 15, 2016, the Union of Communities of Armenia is implementing a "Commitment to Constructive Dialogue" program with a number of Armenian NGOs aimed at developing capacities of CSOs, development of public policies in nine economic sectors, CSOs - Inter-community dialogue, as well as the development of CSO coalitions. The project is supported by the European Union. The program also provides a grant component that should be provided to NGOs involved in project activities to address issues of public concern, co-ordination and institutional capacities.

The Armenian-French decentralized cooperation is part of a long history of friendship between the two countries. Decentralized cooperation focuses on the development of local communities and contributes to the exchange of experience of Armenian and French local authorities and discuss issues of common importance. The first Armenian-French Decentralized Conference was held in Yerevan in 2010. In October. It united 250 participants representing nearly thirty communities, focusing on four themes. Local government and staff training; Economic development, tourism and rural development; French teaching, Dual partnerships between communities. During the conference, the "France" group of the United Cities of France was set up to support the cooperation of Armenian and French local authorities. This group is headed by Patrick Devedjian, Chairman of the Board of ODDC and Deputy Chairman of the Board. Within the framework of the AAM, the French Group was formed, which is headed by Karen Grigoryan. The Second Conference, held in Valance in October 2013, was finalized by the adoption of the Valance Declaration by members of the French and Armenian local communities, setting out sectoral goals and recommendations for cooperation, reaffirming the importance of further cooperation. The Third Forum of Franc-Armenian Decentralized Cooperation was held in 2016. December 1 and 2 in Yerevan. This event, organized by the Union of Armenian Communities and the Association of Unified Towns of France, brought together more than 200 participants. At the end of the conference, the Final Declaration of Yerevan, adopted on December 2, 2016, defines the next three years as the priority of economic development of the territories.

Promotion of Francophonie in Armenia

Communities Association of Armenia  is one of the leading francophonie advocacy organizations in Armenia. Under auspices of MFA it organizes Francophone events in communities, while at the same time raising awareness and involvement of people. In March and April, Francophone Days are celebrated in a number of communities with more than 600 events: exhibitions, film shows, concerts, plays, poetry, meetings, reading stories, educational events, etc. On the eve of the International Francophone Day, on March 20, the Union actively participates in organizing Francophone cultural, university and public events. 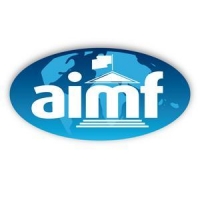 The CAA has joined the International Association of Francophone Mayors (AIMF) in 2011.  AIMF is a network of national associations of local authorities in 49 countries with francophone elected officials from more than 265 cities. The goal of the Asociation is to strengthen representative democracy, to assess the role of women in decision-making, and local systematic development. AIMF supports local authorities in decentralization and urban development policies within Millennium Challenge Challenges. AIMF focuses on the development of effective managerial capacity of community leaders. Since its inception, AIMF has provided financial and institutional support to more than 700 projects in water, sewerage, sustainable economic development, health, education, heritage protection, municipal services modernization, and community service training.

The Covenant of Mayors for Climate and Energy brings together local and regional authorities voluntarily committing to implementing the EU’s climate and energy objectives on their territory. This unique bottom-up movement, which started in 2008 with the support of the European Commission, now counts over 6,500 signatories. In 2015, the initiative took on new objectives: the Covenant of Mayors for Climate and Energy steps up the initial CO2-reduction commitment and includes adaptation to climate change. Signatory local authorities share a vision for making cities decarbonised and resilient, where citizens have access to secure, sustainable and affordable energy. They commit to developing Sustainable Energy and Climate Action Plans for 2030 and to implementing local climate change mitigation and adaptation activities.Since 2013, the Union of Communities of Armenia has joined the "Covenant of Mayors" initiative as a national supporter. The Union has supported and continues to assist the dissemination of information about the initiative within the Armenian communities as well as starting from 2013 it implements the Covenant of Mayors East Project in Armenia. Through the efforts of the Union over the years, more than 18 communities have joined the initiative, and as a result of the Union lobbying, some communities have also received small grants for gaining expertise to develop their Sustainable Energy Strategic Plans.