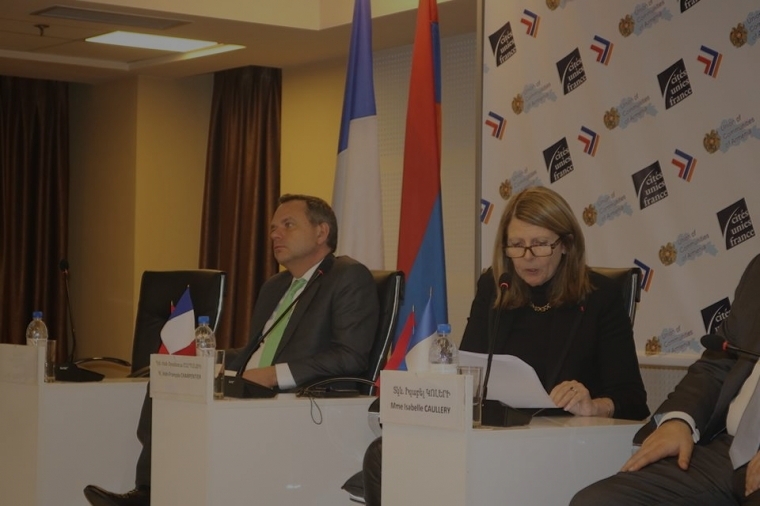 On December 1, the 3rd Armenian-French Decentralized Cooperation Conference has opened in Yerevan. It should be noted that  earlier the first conference took place in 2010 in Yerevan, and the second  conference was held in 2013 in Valence.

The Armenian-French Decentralized Cooperation Conferences are held periodically in Armenia and France for three years. The first conference was held in Yerevan on 7-8 October 2010 and the second one was held on October 15-17, 2013. Declarations were adopted during the conference.

The Armenian-French decentralized cooperation involves about three dozen partnerships between the cities and the rezonans of the Armenian and French cities, which are unique to Armenia in terms of quantity, scope and political significance.

In order to coordinate the Armenian-French decentralized cooperation, the "France" group was formed in 2010 within the Union of Communities of Armenia, and the "Armenia" group within the framework of the Union of French cities. Groups include partner cities and regions and are called to consolidate decentralized co-operation between conventions. Head of the "Armenia" group is well-known political and public figure in France Patrick Devejian, head of "France" group is Karen Grigoryan, Mayor of Ejmiatsin.