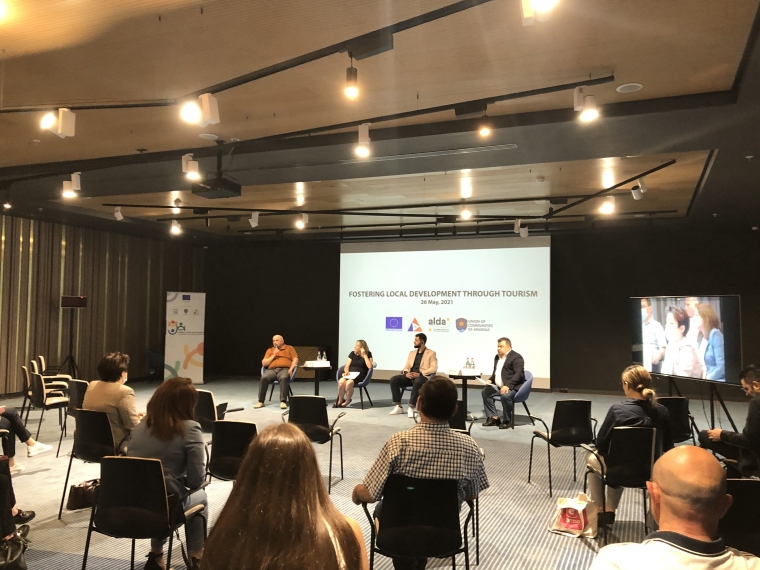 On May 26 the closing ceremony of the Citizens Voice and Actions on Local Development in Consolidated Communities in Armenia was held.

The Citizens Voice and Actions on Local Development in Consolidated Communities in Armenia is a 30-month EU funded project aiming to support the on-going government reforms and enhance capacity of consolidated communities in designing and implementing people-centered and sustainable local development projects. The project is implemented by a consortium of organizations: Communities Finance Officers Organization (CFOA), Association of Local Democracy Agencies (ALDA), Union of Communities of Armenia (UCA) with CFOA as a lead organization.

The closing ceremony was attended by Silja Kasmann, Deputy Head of Cooperation Section, Delegation of the European Union to Armenia. In her speech she stated that the EU attaches importance to territorial and local development, especially the development of remote communities, which is one of the EU's priorities.

Vahan Movsisyan, the President of the Community Finance Officers Association of Armenia (CFOA) assured that they tried to do everything possible to lay the foundation for tourism and economic development at the local level.

Emin Yeritsyan, the president of the Union of Communities of Armenia praised the EU's support to local authorities and stressed that local authorities should also be the target of European assistance, as they can make bigger commitments than they have.